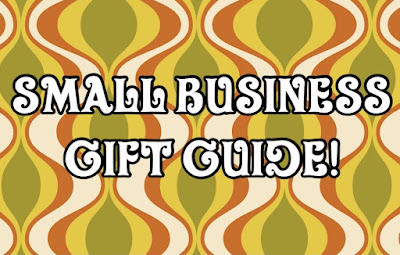 Yes yes, it's not even December yet and we've already been reminded for WEEKS that Christmas is nearly here. We for one have not even started our Christmas shopping yet, because we intend on shopping independent, local, and/or small this year, so no worries about things being stuck on ships, wahoo! Joking aside, it has been yet another tough year for small businesses, so your support is more important than ever! As far as we are concerned, buying gifts from a small business is like buying two presents, because actual people are absolutely made up with your orders!  But we knowwww that it's hard when you just want your shopping over and done with and Amazon, Waterstones, Boots and the like all seem like the quickest and cheapest option. SO that's why we've put together this gift guide that we hope will appeal to the different kinds of people you're buying for, get your shopping done fast, and included big and small prezzies too :) We sadly couldn't write ab
Post a Comment
Read more

The Mary Quant Film and How She Inspires Us! 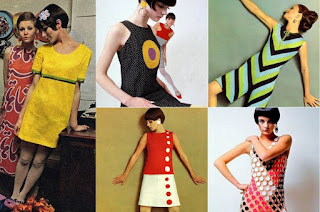 "I think the point of fashion is not to get bored looking at somebody"   Mary Quant. Ahead of the first official feature documentary celebrating Dame Mary Quant, we wanted to dedicate a part of The Octopus Garden to the queen of style herself, and how she has influenced our handmade pieces! Dame Barbara Mary Quant was born in 1930, and *literally* invented the mini skirt! She started designing and manufacturing her own pieces in the later 1950s after being picked up by Harper's Bazaar. She believed that clothing should be fun, contemporary and accessible to the younger generation, who at this time were finally able to afford their own clothes! She opened her own boutique 'Bazaar' on King's Road in Chelsea in 1955, which was really the birth of the 'Mod' and 'Chelsea' looks, featuring the mini skirt and mini dress. Quant claims that she did not actually invent the mini skirt - her customers did, as they kept asking for th
Post a Comment
Read more

Meet Gemma from Girl In The Garden! 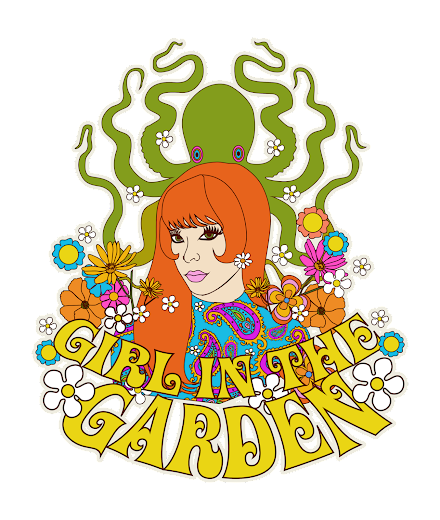 Hi Tog Gang! By now you will know about our amazing crochet collaboration with Girl On Purl Action, or as we like to call her - Gemma!  After going to Glastonbury together in 2019 (pics below!), the collab was born! We combined our business name with hers to create a rainbow 70s collection of crochet goodness called 'Girl In The Garden', and we absolutely love every piece like a child. But we've never really given you the opportunity to meet Gem, so read on to find out how she got into crocheting, what inspires her, and how to shop her amazing pieces! (Caitlin and Gemma socially distancing in their GITG tees and headscarves!) How long have you been into crocheting and what got you into it? Eeep! Far too long! About a decade ha ha! I taught myself with YouTube videos and text books from the library - it was a real labour of love as my first few items were a nightmare! I was a bunny that ended up looking like something from a horror film & a little Flash figure which wa
Post a Comment
Read more

An Ode To Noel Fielding 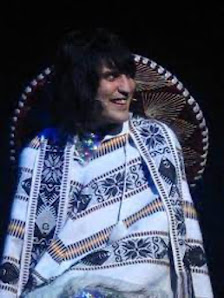 The Great British Bake Off is back! Oh my gosh we couldn't be happier - after what has felt like a crazy year full of TV repeats and waiting for film releases, the GBBO is a shining light of cakey Channel 4 goodness! Obviously me and Mark love the cake, the baking puns, and the *drama* when someone drops something or the tent gets too hot (remember the Baked Alaska fiasco of 2014?!), but clearly the star of the show for us is Noel Fielding and his iconic outfits. Therefore we thought it was only right to dedicate a little part of the internet to Noel, his wardrobe, and how you can get his iconic 70s glam rock style on our site! Noel Fielding wearing his favourite - ponchos! Noel and Sandi rocking some boss shirts on the bake off Noel in some incredible 70s jackets Mark did actually meet Noel back in The Boosh days - clearly they are kindred spirits and wanted to swap clothes immediately. I'll pass over to Mark to tell the story! The Mighty Boosh were playing two nights in Liver
Post a Comment
Read more
More posts